Green Valley Ranch first started selling homes in 1999 because the Green Valley North and South Master Plan was sold out. As a result, the logical thing to do was to continue building south, and this was finally on the hill! In addition, about this time the planning for the 215 Beltway was underway and being finalized which ran between Green Valley and Green Valley Ranch. 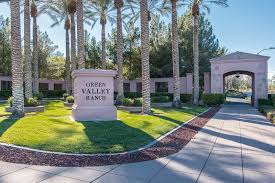 Green Valley Ranch arrived in style- in every way. Comprised of 1310 acres the master-planned community included 775 acres for residential neighborhoods. Additionally, 310 acres were planned for retail, office, medical, and a lovely Hotel and Casino that Station Casinos wanted to build.

Helping to make Green Valley Ranch have the desirable outdoor style and be an attractive place to live, 200 acres were allotted for other items. These included parks, schools, recreation centers, churches, and community areas. As a result, GVR is known for its lovely parks and wonderful Performing Pavillion, and the aquatic center.

Because the community encourages an active lifestyle, walking trails with bike paths abound. As a result, driving through the community is relaxing and peaceful. Not only do greenbelts and trails connect neighborhoods together, but they also add to the open and lush community plan. 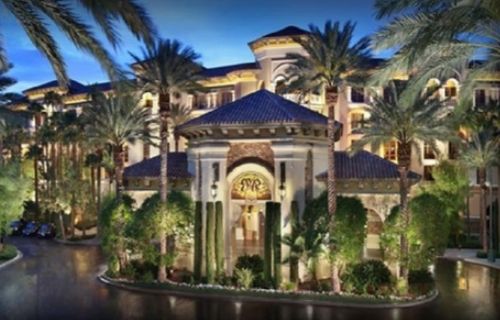 With 495 luxurious hotel rooms, 8 restaurants, and a world-class pool and spa, locals and business people relax and hold events there.

Surprisingly, the hotel’s convention space is the largest in Henderson. Additionally, it doubles as a lovely wedding venue.

Siding to the 215 Beltway, Green Valley Ranch Casino covers almost 150,000 square feet of gaming floor space. It is operated by Station Casinos, the largest Local’s Casino Chain in Las Vegas. In addition, directly across the street from the GVR Hotel and Casino is The District and P.F. Changs. 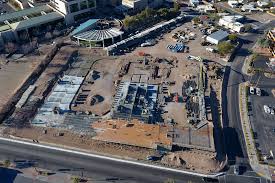 Big News came on February 14, 2020, when it was announced that Green Valley Ranch Amphitheater will be joined by a 6000 seat arena that will be home to The Henderson Silver Knights!

Black Knight Sports and Entertainment, (Bill Foley and the Maloof Family), owners of the Vegas Golden Knights, have acquired the San Antonio Spurs.

Amazingly, only 8 months later, the 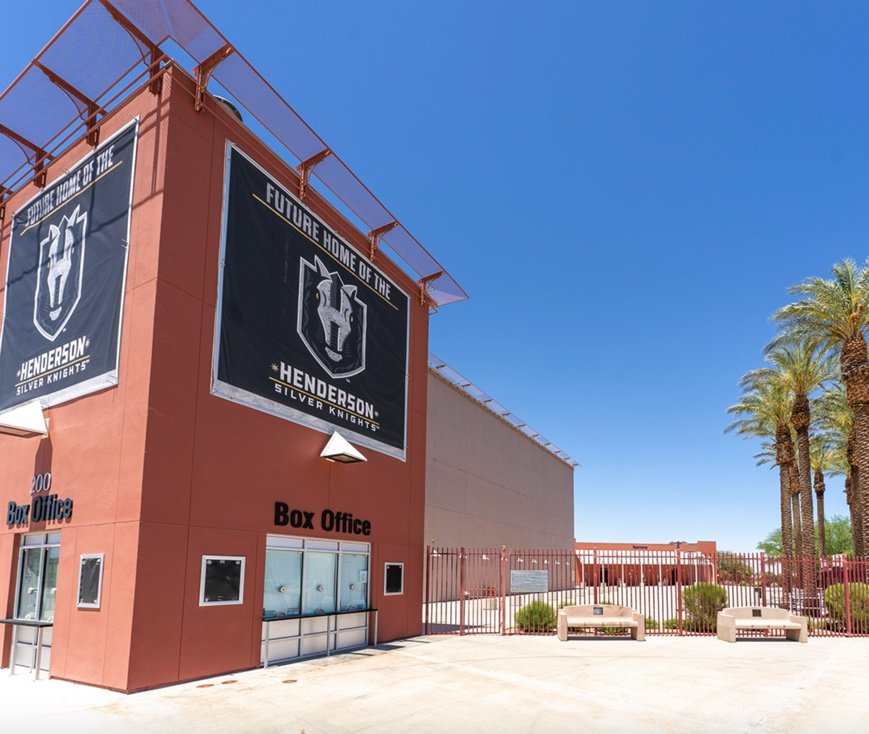 practice facility is completed. Due to delays with the court case about the amphitheater, the arena will open next year.

Eventually, it was determined that more land was needed and the amphitheater would be taken out. Residents fought it in court and in late 2020 the amphitheater was removed. Despite some friction about the park’s best amenity leaving, the Silver Knights will be a great addition to Green Valley Ranch and the city.

The District is a downtown-type of mixed dining, commercial, retail, and business center. Importantly, with High Rise Condominiums above the commercial establishments, the “Lock and Leave” condominiums add to making the District an outdoor walking village area.

Impressively, with 19 restaurants and 60 retail or office establishments, the District is a successful retail destination for both daytime and nighttime use. Unlike anywhere else in the valley, the District gives a perfect vibe of warm but modern architecture.

Housing on the Hill

Housing in GV Ranch ranges all over the board. Luxurious homes on the hill start at over $1 million or more for fully custom estate homes in guard-gated communities.

On the other hand, there are small condominiums in numerous places. Equally amazing are the home prices. Green Valley Ranch’s most expensive home sale in 2020 came in at over $20 million and the least expensive condominium, $185,000.

All neighborhoods in the community are either gated or guard-gated. Additionally, each subdivision has its own set of rules and its own HOA.

Most importantly, all of them are subject to the master plan rules and regulations. There is an elegance throughout the entire community.

Also, see our pages on Henderson and Green Valley. Lake Mead, Boulder City, Lake Las Vegas, and 4 55+ Communities are nearby. Additionally, a similar but larger community, Summerlin, is on the west side of the valley.

Homes On A Golf Course in Henderson