The Second Largest City in Nevada

Henderson, which connects to Las Vegas on its north and west sides, currently has over 310,000 residents, making it the second-largest city in Nevada. Because of its excellent location, Henderson homes are diverse and affordable, which contributes to the city’s growth.  Understandably, every chain store and restaurant wants to have a location in Henderson. Best of all, many stores and businesses stay open 24 hours to facilitate casino and hotel employees’ needs. 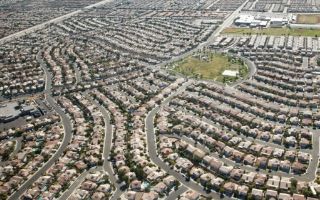 Combined, Las Vegas, Henderson, and North Las Vegas have over 150,000 hotel rooms. Statistically, each room means 2.5 jobs in the valley- 1 in the hotel/casino and 1.5 to support each worker and their families. With 10,000 more rooms scheduled to open in 2020 and the Raiders Football Franchise moving to town, economic growth continues. As a result of this fantastic growth, Fox Business News named Las Vegas the #4 best economic outlook in the country on December 9, 2019.

The History of Henderson

Henderson began in the 1930s when Hoover Dam was under construction. Because Boulder City didn’t have any schools or medical facilities, dam workers and their families lived in Henderson. After completion, World War II started, and a munitions plant opened. Many dam workers never left town.

City residents in 1953 voted to make Henderson an incorporated city. Incorporation meant that Henderson created its own Police and Fire Departments and a City of Henderson court system. 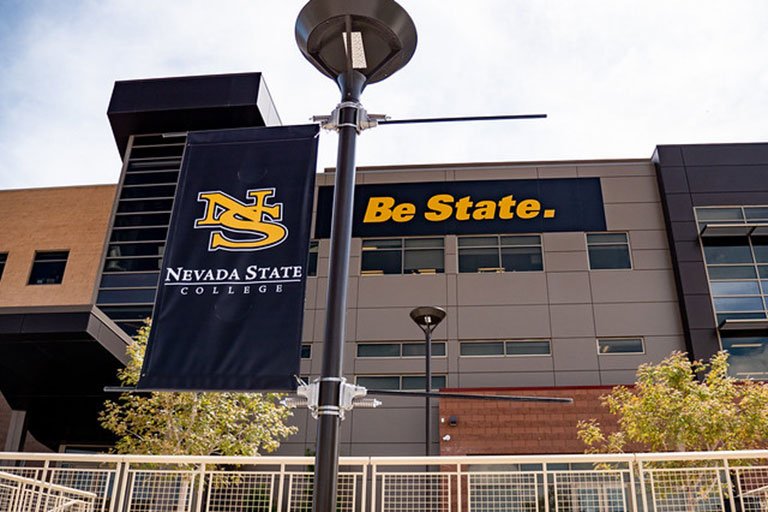 County School District schools. There are currently 36 public elementary schools, 11 public middle schools, and 10 public high schools in Henderson. In fact, many schools rate as top valley schools. We also need to include 22 private schools and 7 universities in those numbers. The proximity to trade schools, colleges, and universities making commuting minimal.

Henderson ranks as one of America’s safest cities by organizations such as Forbes, Law Street Media, and InsuranceProviders.com. Community parks and walking trails are abundant, making it an active community. With the health, safety, and well being of its residents in mind, Henderson has many pedestrian and bicycle trails and has low crime for a city this size. Here is a link to Henderson’s Crime Statistics for any address.

Where to Work In Henderson

The Las Vegas Strip is within 10-20 minutes, so residents enjoy all of the world-class shopping, dining, and entertainment that The Strip offers. Hotels, casinos, and gaming are all major employers for Henderson’s residents because The Strip is close.

Downtown Las Vegas is 10-15 minutes away. Also, McCarren International Airport is nearby, and many large manufacturing facilities also make the location ideal. The newness of the infrastructure in Henderson has tech companies loving modern tech options.

Henderson boasts some of the most 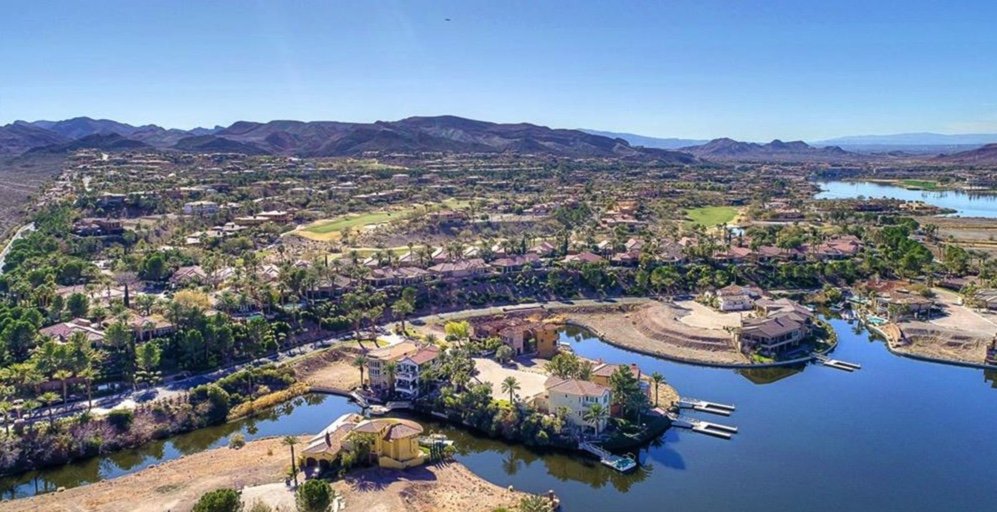 Henderson started planning the city with large master-planned communities over 25 years ago. Around the larger housing communities, the city planned where gaming and taller buildings would go,  maximizing city and mountain views. Henderson has more universities and trade schools than any other city in Southern Nevada.

With 2 wide freeways through the city, traffic flows well. Local Hotels and casinos are attractive and conveniently located along both freeways. Retail centers are grouped close to one another, and restaurants and smaller shopping centers are spaced well. There are numerous medical facilities throughout the city and a large auto mall near the middle. See Community Links at the bottom of the page. 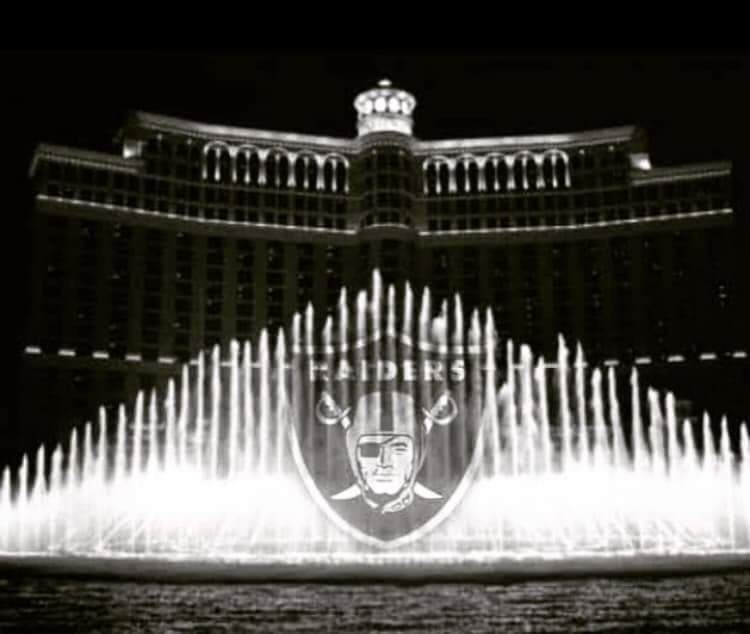 Executive Airport, opened in 2020. The Raiders and staff occupy luxury Henderson homes with views and land. The increased demand for luxury homes increased values in the entire area.

Recently we became sponsors for RaiderLadies.com. The Raider Ladies are a great group of Las Vegas Raiders NFL Fans who are women. They are about networking with other women, making friends, having fun, and doing good within the community. Their blog-magazine is fun, entertaining, and informative. Check them out! 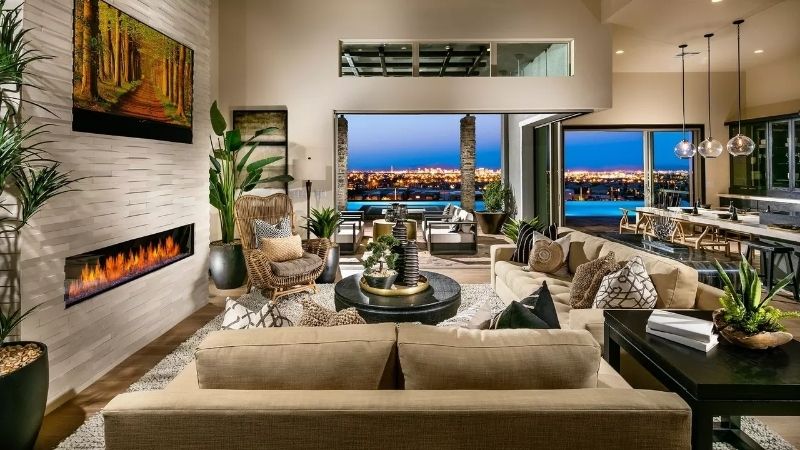 tech 2020 energy-efficient mansion with areas as diverse as the types of houses.

If you’re relocating to this area, Henderson is one of the 3 cities that comprise the Las Vegas Valley. Make sure you investigate the other two cities as well. You can also check out descriptions of Las Vegas, North Las Vegas and,  Downtown Las Vegas on our other pages.

If you are unsure which area you want to live in in the Las Vegas Valley, we take you on an “ Area of Town Tour.” Our main purpose is to give you enough information so that you can make an educated decision. Once you choose which city appeals to you, we look at specific houses.

Kurt Grosse is the principal Realtor for this site. He was a Nevada building engineer telling the city’s largest builders how to build their houses. He joined his wife to sell real estate in 1996. With how fast homes are built in Southern Nevada, you need a protector on your team.

Kurt sees every resale property before an offer is presented to look for possible flaws. If you want a new construction home, he will monitor the construction of your home as it’s being built.

Builders and homeowners pay us, not you, and we protect your investment. Please read our page on  New Construction and New Construction Monitoring before taking on that adventure. Call us anytime at 702-750-7599 for more information.

Revise every home search on our site with the REVISE SEARCH and SORT Buttons. Save Searches and FAVS to a private box you can visit anytime. BOOKMARK US!

Henderson has builders building brand new construction homes in a few locations. Most are on the hill, and prices seem to go up with elevation. 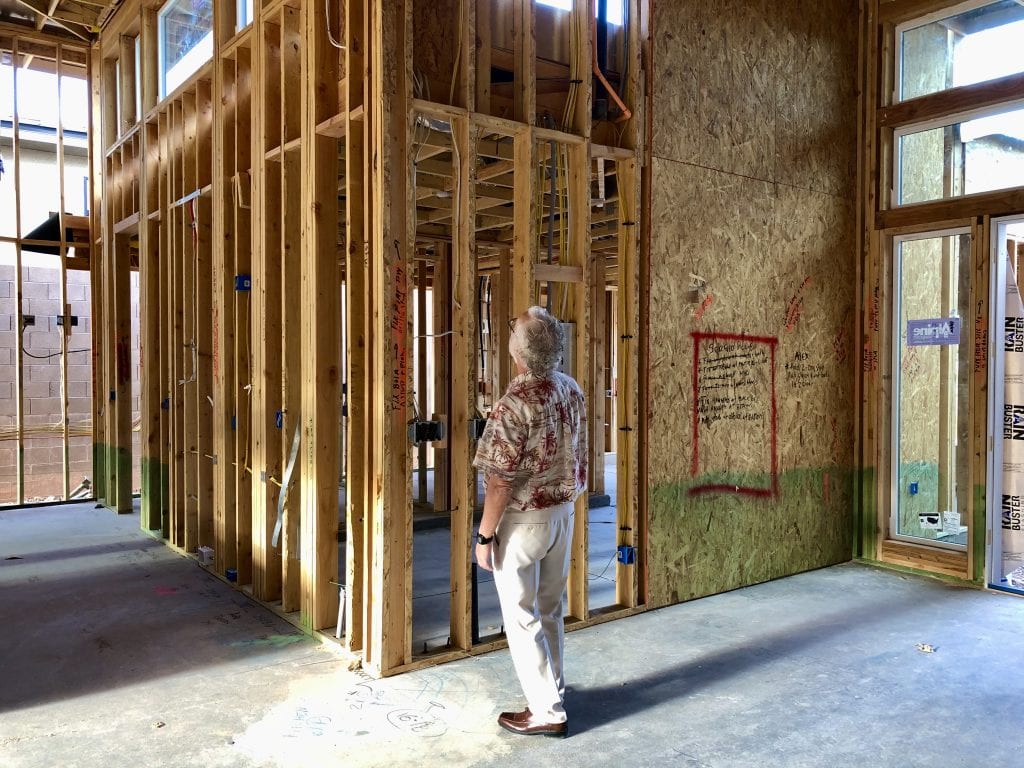 We have tips and insider information about 14 Las Vegas Builders. As a former Nevada Building Engineer (P.E., C.E.) I monitor the construction of your new home for you and with you.

Master Planned Communities are where you will find brand new houses in Henderson. These developments have numerous new construction builders who build 1-3 home neighborhoods. Within a master-planned community, you’ll have a choice of every variety of housing.

Custom Home Lots- are another new home option. Some master-planned communities sell home lots where you can design and build your own custom home in a lovely upscale neighborhood. We have done this, so if you have questions, please call and ask. There are also 6 areas in Henderson that are not master-planned and are zoned for horses. This means that lots are over 1/2 acre and have minimal restrictions.

55+ Retirement Communities-There are currently 4 55+ neighborhoods being built in Henderson and many with resale homes. If you are at or approaching age 55, these communities are exceptional and offer a great lifestyle.

Vacant land – home building lots are scattered throughout the valley where you can still build your own custom home with few restrictions. If this is something you’d like to learn more about, contact us for more information. On our website, horse property searches will cover custom homes on 1/2 acre or larger. These areas have beautiful custom homes in case you want to explore them.

Free “We Wear Because We Care” Templates