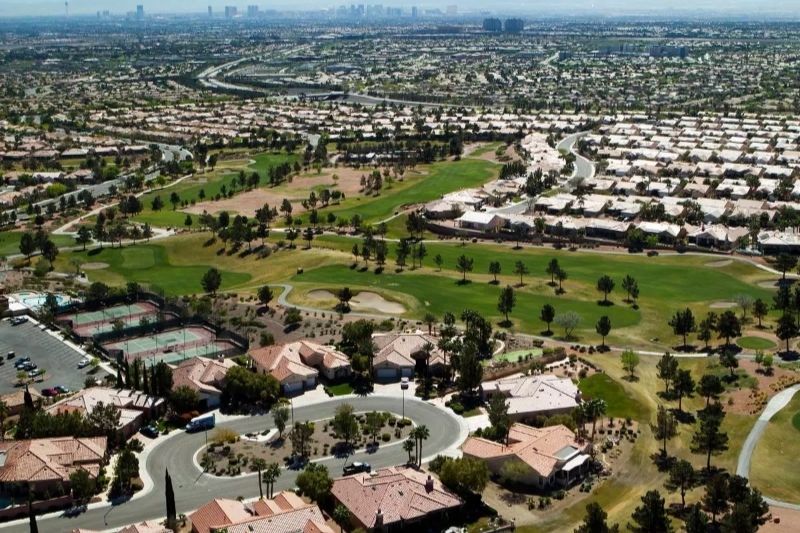 This information matters in politics and taxes- unincorporated Las Vegas is actually slighter cheaper. The fire and police departments are the same, and the parks are the same. Public schools and libraries are the same and so is the shopping. Zoning and building inspectors are different, but the laws are the same. Are you confused yet?

Deciding Where To Live

For compass points, picture Downtown Las Vegas being in the middle, North Las Vegas is in the north and Henderson in the south. Howard Hughes bought a large parcel of land in the west which is now called Summerlin and is the largest Master Planned Community in the United States. Beyond Summerlin is Red Rock Recreation Area and the road to Pahrump, Nellis Air Force Base, and Sunrise Mountain are to the East. Above the North West, part of the valley is Mount Charleston which has snow and pine trees. The South East is home to Lake Mead National Recreation Area and Boulder City.