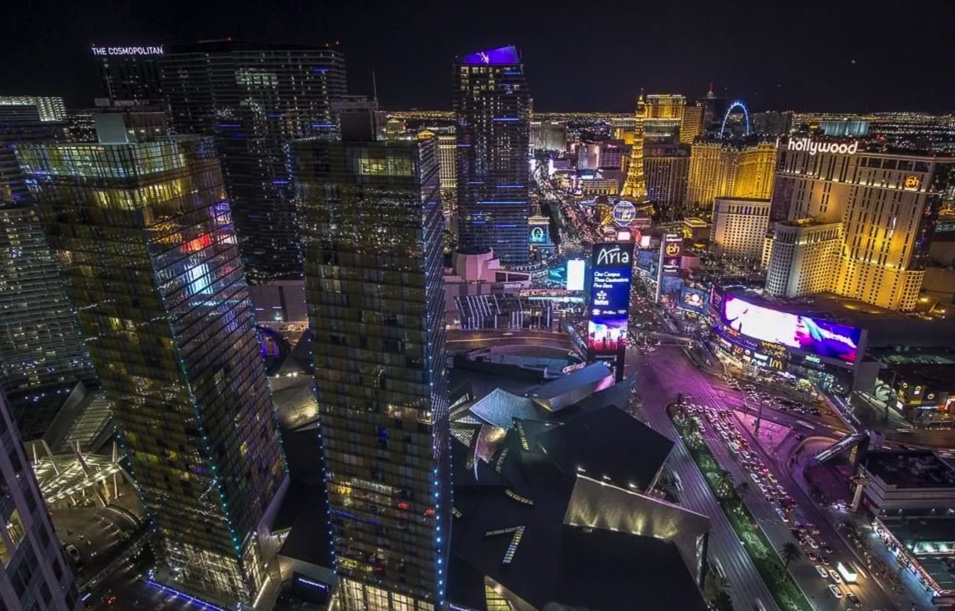 We have been living in Las Vegas for about 30 years. I moved to Las Vegas from Southern California in 1993. My husband, Kurt moved in 1991 from Montana. The hotel boom on The Las Vegas Strip had begun, Henderson was considered “way out there,” and North Las Vegas had started building in “the NEW North Las Vegas.”

When The Strip boom came, it was an exciting time. Two to four mega-resorts were opening each year, As a result of The Strip boom, the new home construction and city infrastructure businesses boomed. Each hotel room is equivalent to 2.5 jobs – 1 in the property and 1.5 supporting families of employees.

After meeting my building engineer husband at McCarran Airport in 1994, he began working with me. As brand new construction home specialists, we’ve seen almost every new community in the Vegas Valley become fabulous places to live. There are so many choices of lifestyles, and with 5000 people a month relocating to Las Vegas (for 30 years), you might wonder why. Let me explain.

Why have 5000 people a month relocated to Las Vegas for the last 30 years?

Living in Las Vegas provides you with a variety of affordable housing surrounded by fun and active lifestyle choices. No State Income Tax is another reason. Employment and business opportunities with no corporate tax are the third reason. The Las Vegas Valley is the “Land of Opportunity!”

Retirement in Las Vegas is fun and no inheritance tax is attractive. Add that to 300+ sunny days a year with minimal traffic, and Las Vegas is a great place to live!

Housing is a big motivation for many people relocating. Affordable Las Vegas housing can be anything you want it to be, from older homes to brand new construction smart homes. Multi-family housing ranges from apartments to luxury high rise condominiums on The Strip. There are designated Rural Preservation Neighborhoods with ranch homes and luxury golf course country club options. Retirement community living is active and social. However, by far, the primary housing choice is living in a master-planned community.

Master-planned communities are peaceful and pretty places to drive. They are created to encourage an active outdoor lifestyle as well as a sense of community among the residents. Walking and bicycle trails connect neighborhoods and parks.

Each community will have a large park with amazing features and probably a community center. Besides swimming pools with slides, there are skateboard parks, climbing apparatuses, lakes, shaded picnic and play areas, and facilities for every sport.

How difficult is it for normal people to live in Las Vegas?

Las Vegas is full of normal people, so I’d say it isn’t difficult for most. Where I’ve seen people have trouble in Las Vegas is when they’ve come from a place with a lot of extended family members living close by. All of a sudden, they’re in a strange city with no one but immediate family. It can be a hard adjustment. That’s who we see move out a few years later.

Making friends is a choice. Since most people are not Las Vegas natives, they want friends. Apps like Meet-up.com have groups and get-together schedules for every type of activity and hobby. There are business networking groups, girlfriend groups, numerous sports activities, and groups where all you have to do is show up. Meet to go walking, play volleyball, or go hiking to explore a mine. Singles groups, wine tasting, and game night meetups are popular.  Join a dream or foreign language group. Pick one or two, and you’ll be busy in no time!

How is real life in Las Vegas, NV?

Living in Las Vegas is similar to living in the other cities in California, except that everything is close by. You’ll rarely drive more than 5 miles from home because you don’t need to. Businesses, medical, restaurants, and retail chains have numerous locations all over town. Schools were designed and built within master-planned communities, so they’re close.

The other side of that is that there are always things to do. The focus of the city is outdoor activities, sports, fun, and business. Numerous state and national nature areas surround the Las Vegas Valley, including Lake Mead and Mt. Charleston. Many businesses are open 24/7 to accommodate night owls and graveyard shift workers. Casinos never close. 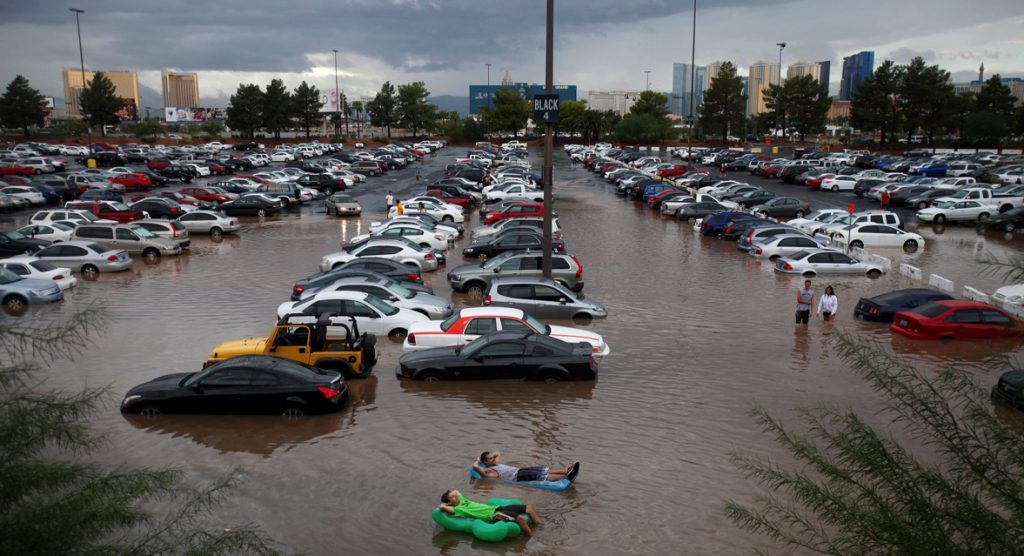 Las Vegas has been named “The least likely medium-sized city to have a natural disaster” many times. Here’s why:

Earthquakes– There are inactive faults under our valley. We do feel the occasional earthquake from California. In 28-years, I’ve felt 5 tremors where we quickly turn on the news to see where the epicenter was. Since homes in Las Vegas are newer and built to California earthquake standards, I feel safe.

Flooding – A 100-year flood occurred in 1999 when 3 inches of rain fell in 2 hours in the northwest part of the valley. Water flow naturally went from west to east causing flash floods in many areas of the valley. It happens so rarely that people were driving into standing water, and many rescues had to be made. Since 1990, over $1 Billion has been spent on flood control in the valley. The biggest flood issue since occurred around some brand new homes from a flood control spending pause during the great recession.

Fire – Not much to burn in the desert. The Spring Mountains have a national forest with an occasional fire.

Hurricanes and Tornados – We do not get them. An occasional “Dust Devil” can be seen- often in the distance outside the city.

Yes, we go to The Strip, but rarely to gamble. Date Nights are great! We go to dinner and a show for a
birthday or special occasion. Christmas parties often include a hotel room or a limousine ride. New Year’s is a blast (for an hour). Having lunch at a hotel pool and staying a few hours is always fun. The Las Vegas Marathon and the Santa Run for charity are annual events held on The Strip. Now we have Professional Sports! 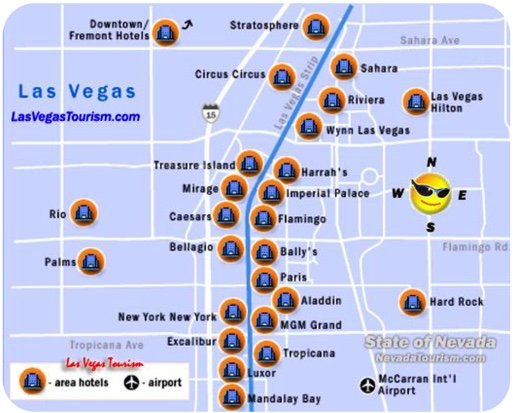 Business meetings, classes, and conventions are attended occasionally on The Strip. A few times a year, we go to sporting events, shows, concerts, and to play tour guide for friends. My kids occasionally went clubbing or to various birthday parties. Many people work there and go home right after work.

Also, keep in mind that Las Vegas High Rise Condominiums are extremely luxurious and are called “home” by a lot of people. Many people are employed or gain income from the tourist, convention, and hotel/casino industries. MGM Properties is the largest employer in Las Vegas with over 150,000 employees and 13 hotel/casino properties.

Are there misconceptions about Las Vegas, Nevada?

Living in Las Vegas is not living in Sin City. The valley is very family-friendly. There are newer, quality schools and many parks with organized sports. Businesses for everything kids like to do are everywhere – including 2 large water parks. The Clark County Parks and Recreation Department provides day and summer camps.

We have one of the best library systems in the country. Every church denomination is represented. There’s the Las Vegas Orchestra and Choir, a Ballet Company, and numerous acting groups. World Class productions are sold out at The Smith Center For The Performing Arts. Residents are actively involved with charities. Know that it’s the Tourists who make Las Vegas Sin City, not the residents.

This was written by Terri Grosse. Terri has been a Las Vegas Valley real estate agent for 28 years and raised her two daughters in Las Vegas. If you’d like more information about Las Vegas, visit HomesForSale.Vegas or contact Terri at 702-750-7599.