North Las Vegas has earned the honor of being the most affordable city in the valley. As a result, North Las Vegas is the fastest-growing city in Nevada. With approximately 250,000 residents, N. Las Vegas will soon pass Reno as Nevada’s third-largest city. Because of a booming economy with new commercial endeavors helping to grow the city, most chain stores, and restaurants have opened new locations in the north.

The History of North Las Vegas

North Las Vegas was established in 1919 and became an incorporated city in 1941. There’s an older section of North Las Vegas located on the east side of I-15 just north of Downtown Las Vegas and Cashman Field. At the beginning of the 20th century, North Las Vegas was the country suburb for many workers of the numerous downtown businesses and clubs. 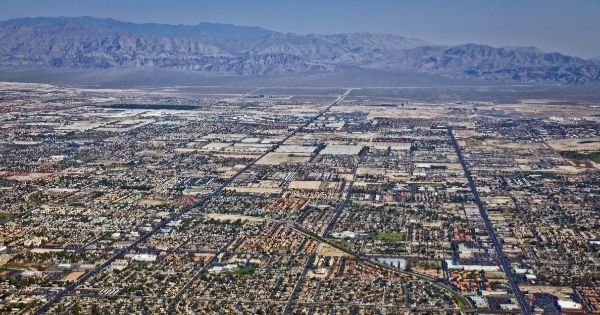 the south side. Development started on the north side of the runway and west of 5th street in the late 1980s. Many of the businesses in the area take advantage of the executive and cargo services now available from the North Las Vegas Airport. The NLV airport is the 3rd busiest airport in the state. As Realtors, we call the west side of I-15, and the area north of Lake Mead, “The New North Las Vegas” to differentiate between new and old.

Since the late 1980s, the growth on The Strip has created a need for infrastructure, flood control, and buildings. Growth creates a need for both commercial and medical facilities besides the need for homes. North Las Vegas is a big part of the perpetual motion machine that starts at the Las Vegas Strip.

According to the LV Convention Authority, every hotel room creates 2.6 jobs, as a direct result of the tourist/hotel/casino and 1.6  jobs for sustaining the employee and his/her family. North Las Vegas is only 10-15 minutes away from the strip and has 4 good-sized hotel/casinos within the city.

In 2012 North Las Vegas became home to a 1million square foot VA Hospital Campus. The empty desert surrounds this amazing resource has been a construction boom-town for many years. Services besides extensive medical departments include dental, vision, mental health, and long-term care. 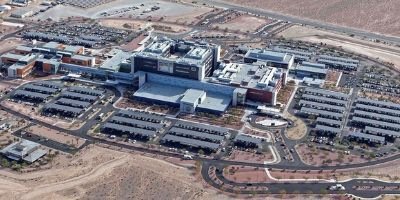 Bigelow Aerospace is a large skilled worker-employer in North Las Vegas. The Las Vegas Motor Speedway keeps getting new neighbors. In 2019 Amazon North Las Vegas opened a 2.4 million sqft. distribution fulfillment center creating 1000 jobs. The French make-up company Sephora opened a 714,000 sqft manufacturing facility that employs over 400 people. Apex, a large Industrial Center, which is about 10 miles north and on the other side of I-15, is growing. NASCAR continues to anchor our racetrack. The only women’s Correctional Facility in the State of Nevada is located in NLV too.

In May of 2020 North Las Vegas became home to a solar energy plant that will produce enough energy each day to power 260,000 homes. The plant will be located between Apex and the Las Vegas Motor Speedway. This will create employment opportunities within both construction and operational job positions.

Not only is having Nellis Air Force Base in NLV cool, but Nellis AFB is also a major

employer. The best part of being near the base is that it is the official Home of the Thunderbirds, so we get unscheduled air shows. It’s quite common to see an F-16 or two flying overhead. Every other year they open the base to the public for Aviation Nation, showing off our fabulous airmen and their toys.

North Las Vegas has many beautiful and affordable communities. There are homes with small or large lots, one or two stories that are affordable or more expensive. Homes had an average sales price in 2019 was under $279,000.
Horses ranch estates have been sub-divided or are now surrounded by communities and not seen.

North Las Vegas had more new home sales in 2019 than either Las Vegas or Henderson. The main reason was affordability. We think it also had to do with getting more home square footage for the price compared to the other cities.  Production housing ranges from condos and townhouses to large homes on large lots. Prices range from the Low $200,000’s to around $1 million. NLV is a great place to live and has some fabulous homes. 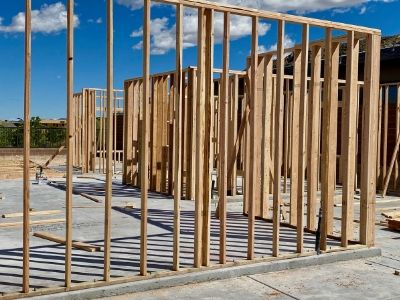 dozen builders. North Las Vegas is the land of opportunity for builders because there’s still vacant land to buy in large acreages.

There will be buildable land to develop in North Las Vegas for years to come. Only 50% of the city’s acreage has been built on. With land prices still relatively reasonable allowing builders to keep prices down.

See our builder page list on the sidebar. Pages include insider information and builder history as well as home searches for each builder. Make sure you check out our New Construction Info Blog if you’re considering a brand new home. 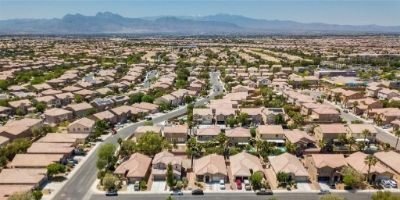 In the new part of North Las Vegas, most homes are being built in lovely Master-Planned Communities. Eldorado, the first planned community, is at the top of Camino Al Norte and started selling houses in 1989. Thirty years later, Eldorado has gained elegance and has wonderful green landscaping designed before water rationing that is a pleasure to see.

At 2000 acres, Villages at Tule Springs is the newest and largest master-planned community in NLV. It sits by the new and massive 1,000,000 sq ft VA Hospital and also borders the Tule Springs Fossil Beds National Monument. As a result, there are lots of walking and bicycle trails incorporated with preserving the fossil site. A new 55+ active adult neighbor is now delivering homes.

Aliante is close, also a master-planned community, and nearly as large and recently completed. Aliante’s wonderful homes and amenities are anchored by a large hotel/casino, a golf course, and an age-restricted Del Webb Sun City community.

The resale home market is North Las Vegas is in demand and offers great values. Many homes have been remodeled and seem new. Others are waiting for you to make your own. The advantage with resale homes is lot sizes and locations. We sell both resale and new construction homes protecting you and your investment every step along the way.

North Las Vegas is a great place to call home. Search NLV home listings below and save your FAVS in a private box to bookmark and return to. A saved search will send automated emails when new homes are listed for sale. When you’re done researching, contact us and let’s find the perfect home for you!

N. Las Vegas NV Homes For Sale With A Pool

Buying A House
In Nevada

The Step By Step Process